We would like to invite all WASH members to participate in 2011; the proposed topic is 'Salt and Men's Health'.  This topic was identified as a result of UK research which showed that more men prematurely die of cardiovascular disease (CVD) than women.  CVD accounts for 29% preventable deaths in men (compared to 21% in women).  The research shows that men eat more salt than women and on average have a higher blood pressure than women, particularly at a younger age, and are less likely to have their blood pressure measured, to take action to reduce it when it is raised or to take blood pressure lowering drugs.

If you would like to offer your support for World Salt Awareness Week 2011, please email: c.e.farrand@qmul.ac.uk. 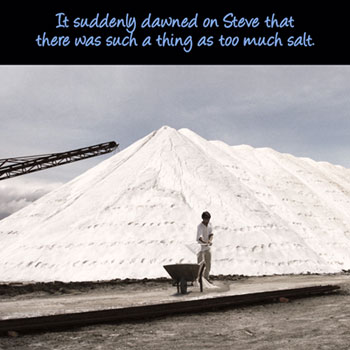