US Menu labelling goes into effect Monday, May 7th

Menu labeling goes into effect on Monday, May 7 (see CSPI's press release)—eight years since the national menu labeling law passed as part of the Affordable Care Act, and 15 years after CSPI began its menu labeling campaign.  The law is the result of years of collective effort, beginning at the local and then state level with New York City, Seattle/King County, California, and others.  In total, over 20 menu labeling policies were enacted across the country.  This momentum culminated in a national law supported by the restaurant industry.

Nutrition labeling is now in chain restaurants and movie theaters and for prepared food in supermarkets and convenience stores with 20 or more outlets (see examples here).  In addition to calories on menus, information about sodium, saturated fat, sugars, and other nutrients is available in writing, and menus and menu boards put the calorie numbers into context with the statement that “2,000 calories a day is used for general nutrition advice, but calorie needs vary.”

Menu labeling allows people to make informed choices when eating out.  The impact of menu labeling will be clearer once the national menu labeling policy goes into full effect.  A recent review by the well-respected Cochrane Collaboration found that menu labeling helps people reduce calories by about 50 calories per meal, on average.  Menu labeling also has been shown to spur restaurants to reduce the calories in their foods. 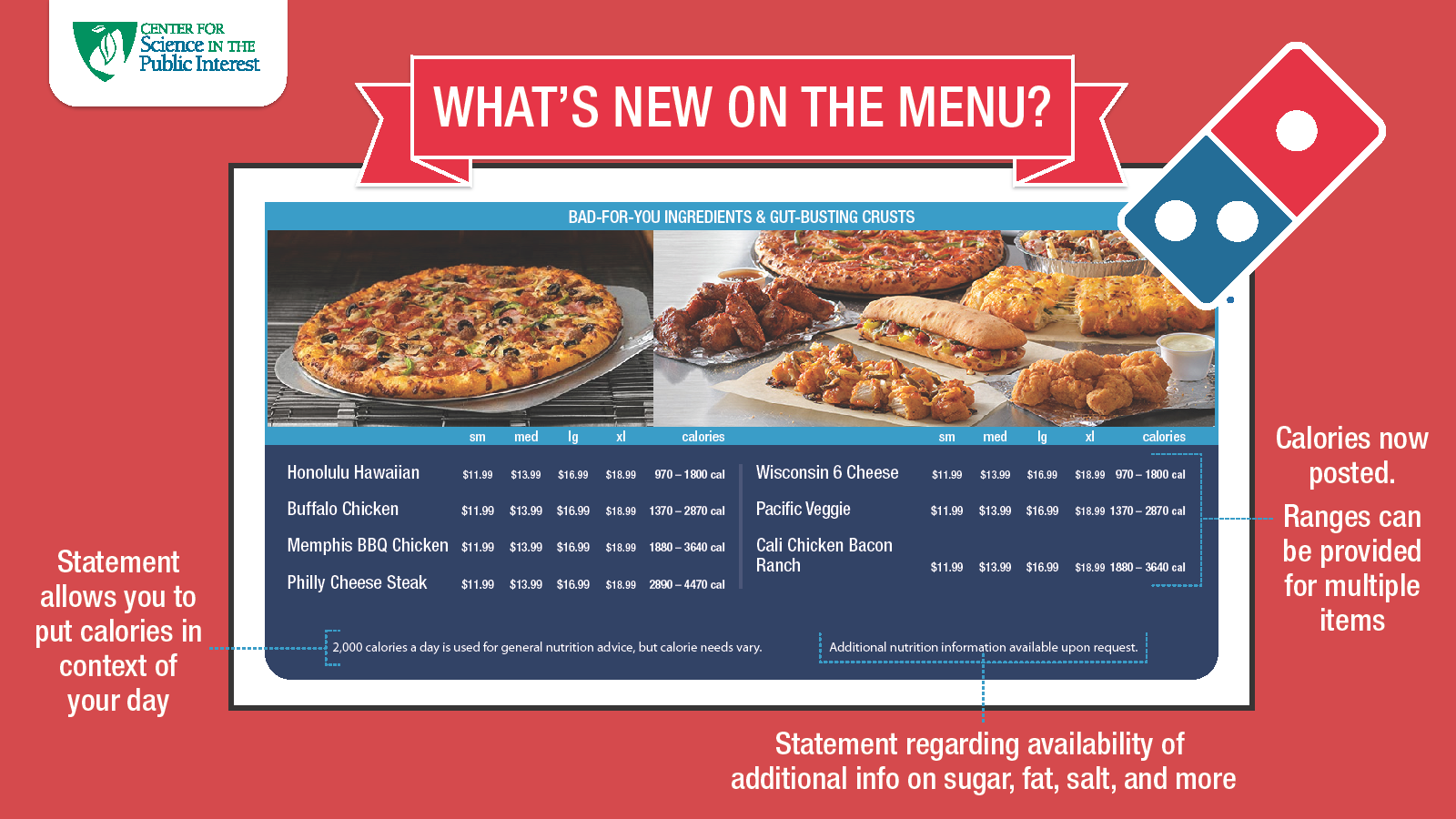